Gold Technical Analysis: Fate to be Determined by Fed

Gold has been trying to recover from recent selloffs, which pushed it towards the $1741 support level, its lowest in about a month-and-a-half. The weakness of the US dollar before the monetary policy statement of the Federal Reserve supported the rise in the price of gold.

In a similar performance ot gold, silver futures closed at $22.611 an ounce, while copper futures settled at $4.1260 a pound.

Today, the US Federal Reserve is widely expected to leave monetary policy unchanged but can address expectations for its asset purchase program. The minutes of the last meeting of the Federal Reserve indicated that the US central bank was ready to start reducing asset purchases by the end of the year. With some disappointing recent economic data indicating that the Fed may delay its plans, investors are likely to pay close attention to a post-meeting statement.

A report from the Commerce Department showed that new housing construction in the US increased more than expected in August, with homesteads beginning to rise 3.9% to an annualized rate of 1.615 million per month from a revised rate of an averaged 1.554 million in July. Economists had expected housing starts to increase to a rate of 1.580 million from 1.534 million originally reported in the previous month.

A Chinese real estate developer struggling to avoid default on billions of dollars in debt reassured nervous global markets at least for a while on Wednesday by announcing that it would make an interest payment due this week. Meanwhile, the Chinese government has kept investors guessing about whether it will intervene. Evergrande Group's struggle to comply with financial restrictions imposed by regulators to curb rising debt levels has raised concerns that defaults could cause global shock waves. Economists say banks and bondholders are likely to lose money if Evergrande restructures its $310 billion in debt, but Beijing has the resources to prevent China's credit crunch.

Economists say the government wants to avoid appearing to be arranging a bailout as it tries to force private companies to reduce their debt burden, but it will likely try to protect families who have paid for apartments yet to be built. This would cause greater losses to other creditors. Evergrande, one of China's largest private sector conglomerates, said it will make a payment due on Thursday for 4 billion yuan ($620 million) of Chinese yuan-denominated bonds.

So far, gold is in a downward correction stage, and the bullish outlook for the gold trend will not return without testing the $1800 psychological resistance again, because it motivates investors to buy. Currently, the closest bearish targets are $1762, $1750 and $1735, with the last two being buying levels. I still prefer buying gold from every bearish level. the factors for its gains and risk aversion amid global geopolitical and health tensions will motivate investors to buy the metal in the end. 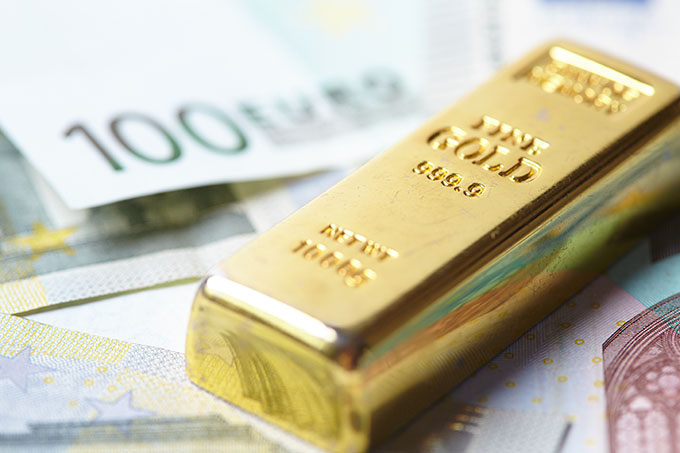