Germany began easing restrictions on public life on April 20, and the process has gained pace since then.

In the beginning of this week’s trading, the EUR/USD pair tried to compensate for its losses, which came as a result of the better-than-expected US jobs numbers, as the pair moved towards the 1.1278 support after stronger gains that pushed it towards the 1.1383 resistance, and an attempt to bounce back yesterday pushed it towards the 1.1320 resistance before settling around the 1.1300 level in early trading on Tuesday, and ahead of the announcement of the GDP growth rate in the Eurozone. On the economic side yesterday, official data showed that German industrial production fell by approximately -18% in April compared to the previous month, at the height of the economic closure policies to counter the outbreak of the Corona epidemic.

The -17.9% decrease reported by the German Ministry of Economy came after a -8.9% decrease in March, when Germany began closing. The closure of Germany was less severe than that imposed in Italy, Spain and France and never ordered the closure of factories, but companies largely stopped production in some areas - such as the auto sector - and supply chains were disrupted.

Germany began easing restrictions on public life on April 20, and the process has gained pace since then. However, the German economy went into recession in the first quarter, and is expected to deepen in the current quarter. Data released on Friday showed factory orders dropping - 25.8% in April, after a drop of - 15% in March. Recently, the ruling coalition in Germany last week approved 130 billion Euros (148 billion dollars) in stimulus measures, including tax exemptions and subsidies for the purchase of electric cars.

The European single currency closed the week’s trading, up + 1.75% last week, and the Euro completed a three-week rally path since France and Germany proposed a €500 billion fund to tackle the Coronavirus shocks by providing grants to member countries facing financial crises.

The European Central Bank surprised the markets with a more-than-expected increase in quantitative easing linked to the consequences of the Covid-19 virus. This program raised the total value of the emergency bond purchase fund to 1.35 trillion Euros, and the US dollar suffered from very excessive sales, and in return the European single currency got support due to the reduced sense of pessimism about the political and economic prospects of the Eurozone.

The dollar was heavily sold despite the expectations about it are still in question, but the US jobs report, which was announced last Friday, marks the beginning of a job recovery that came sooner than expected in the markets and could be an engine of sentiment towards the US currency in the short term. The American economy succeeded in creating 2.5 million new jobs last month, and accordingly the unemployment rate fell from 14.7% to 13.3%. Expectations were for the loss of 8 million jobs and an increase in the US unemployment rate to the vicinity of 20.0%.

According to the technical analysis of the pair: The general trend of the EUR/USD pair remains bullish despite the cessation of its gains in the beginning of trading this week. Stability above the 1.1300 resistance will continue to motivate investors to push the pair to higher levels. Returning to the 1.1383 resistance, which was tested at the end of last week, might give the pair the momentum to move towards higher levels, with the closer ones after that being at 1.1430 and 1.1500, respectively. Given that technical indicators are starting to give overbought signals, and if the Euro does not gain momentum, we may see profit-taking sales at any time. On the other hand, if the pair exceeds the 1.1200 support, it may change the trend to a downside again.

As for the economic calendar data today: From the Eurozone, the German and French trade balance will be announced, in addition to the announcement of the rate of GDP growth and change in employment in the Eurozone. JOLTS Job Opportunities will be released from the United States.

Gold Technical Analysis: Caution Ahead of New US Policy 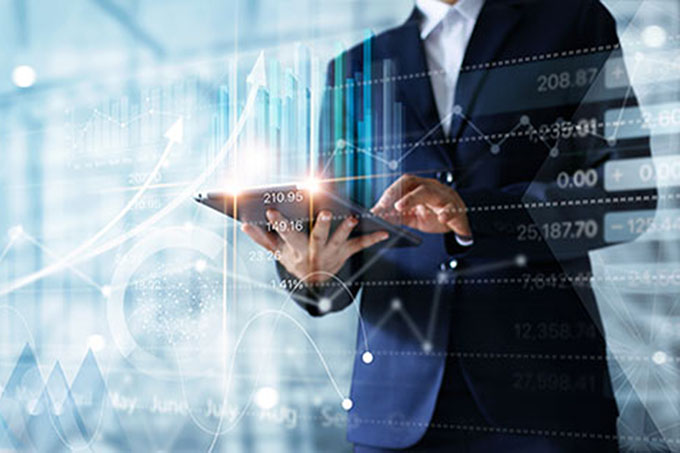