How Coronavirus has Affected the Forex Market

As the main driver of the Forex market, what is the USD going to do as chaos caused by the coronavirus pandemic assaults the global economy? The Forex markets have been relatively stable (compared to stocks and commodities) since the outbreak of the virus, but will this continue? Unfortunately, the final math is not known, and that is because governments, corporations and private citizens do not know how to quantify the total effects as the pandemic takes its toll.

The relatively stable performance of the EUR/USD did see the EUR add value in February as concerns of a global pandemic began to grow, particularly as Italy became the epicenter. The EUR then began to weaken when it became clear the U.S. Federal Reserve would react to the growing menace. In mid-March 2020, the move to a near zero interest rate by the U.S. central bank sprang the EUR/USD pair in the Forex market back to its February values around 1.08 – 1.10.

The Federal Reserve’s swift interest rate cut as the initial shock of the coronavirus pandemic began to hit globally was noteworthy, but it did this without having a clear fiscal program ready from the U.S. government. Unfortunately, the fiscal stimulus programs implemented in the U.S. may prove inadequate as lackluster revenues and bad debt emerge. Real fears about a second wave of coronavirus infections and the prospect of immunity passports remain strong and unmollified. Calculating the potential total cost of the coronavirus pandemic has most ‘experts’ stumbling as societies and economies suffer.

Revenues, debt, and risks remain problematic to solve and the Forex market has a shadow looming as other important dominos within the financial world wobble. The results from the energy sector in April were extraordinary as crude oil via WTI futures contracts were decimated as demand has evaporated and outlook for consumption remains hard to calculate.

The EUR/USD currency pair has had a rather orderly price progression downwards over the past six years since the European Central Bank proved its inability to raise their interest rates compared to the U.S. Federal Reserve. The Fed tried to create a higher interest rate to build ammunition sufficient to handle an economic crisis over a couple of years. However, starting in spring 2019 the Fed’s strong rhetoric about trying to return its main lending rate to a higher plateau began to run into political and economic roadblocks. President Trump pressured the Fed to keep the U.S. economy fueled with cheap money. The Fed began lowering its interest rate in 2019 and this may have helped the U.S. economy sustain momentum.

The onslaught of the coronavirus pandemic has changed economic outlooks globally and basic plans and assumptions of central banks have been swept away. Many central banks have been suffering from fragile monetary foundations as they tried to recover and emerge from the financial crisis of 2007-2008. The official mandate of the Federal Reserve has grown complex.  The Fed’s current stimulus policy opens the U.S. central bank to vulnerabilities which it probably cannot predict.

Since the financial crisis of 2007-08 we have seen the USD broadly maintain a strong upwards trend.

During the coronavirus pandemic we likely will see the USD maintain its status as a safe haven in this time of extreme risk. Short term and mid-term I remain confident of a rather strong USD. I am afraid of the long term, however. While USD critics have their points about why the currency should not be considered a safe haven, the question then becomes which other currency would you trust more in the Forex market?

Where does the value of the USD come from? Confidence in the government which is backing the currency? This answer allows for behavioral sentiment analysis which is important. Do you trust the European governments and the European Central Bank more than the U.S. during the coronavirus pandemic? If so, why? While the U.S. led by Trump and his tendency to go off the rails rhetorically may appear clownish, the U.S. at its core has a central system unified with a collective cause to get the country back into working shape. While individual states in the U.S. may not agree on the game plan and may offer different outlines, the federal system helps engage a system working for the same goal.

The assumption the EUR should be worth more than the USD was prevalent from 2000 until the financial crisis of 2007-08.

However, when central banks were asked to help rescue and salvage the devastation left by failing financial institutions, a theme became evident - there was a lack of unity within the European Union which would let them effectively mandate a single fiscal and political platform. A lack of transparency from some major E.U. members became apparent and helped fuel a decline in the EUR against the USD which persisted for more than a decade.

Can the EUR claim to have a unified framework from the E.U.? It is only an opinion, but in many eyes the E.U. still works on an individually nationalistic system. The E.U.’s core political disharmony appears more interested in protecting national economies. From the outside looking in, Germany and other strong economic nations within the E.U. fear contagion from weaker neighbors. Why did Germany turn its back in 2020 on the idea of a unified bond which would have raised money to tackle the financial crisis underway because of the coronavirus pandemic? They did it because they do not want to be the lender of last resort for the European Union.

Germany does not want to be responsible for bad debt in years to come when nations with less economic ability and truthfully a history of bad debt policy will raise their hands and say, ‘we know we owe this money to the lenders, but we are not able to pay you back at the agreed to interest rates or within the timeframe mandated’. Bad fiscal policy from mismanaged E.U. nations would leave Germany and a few others potentially responsible to pay off the holders of the bonds. The poorer and more mismanaged European nations within the E.U. simply have a track record of showing they do not care too much about fiscal responsibility. 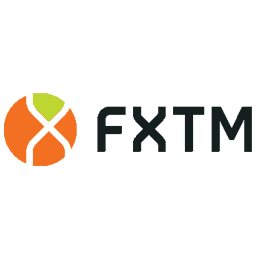 A list of dynamics in the Forex market regarding interest rates starts something like this. What will happen in the second half of 2020 as central banks have to react to very ugly economic data? What is the potential for negative interest rates in the U.S.? There are accusations leadership worldwide has little or no ‘skin in the game’ as they create policy and release questionable cash stimulus to corporations. This has created a feeling that we are witnessing a legalized Ponzi scheme as corporate elites are saved from financial ruin. Political ramifications down the road are certain once societies react to this.

It is important to make sure your bias is not getting in the way of your trading and investment choices. I admit as an American I likely have a favorable ingrained bias in favor of the U.S. dollar, so it is important at all times to make sure I am looking at the prospects of the USD clearly. Currently my glasses have no rose tinting, in fact they are likely grey because of my fears regarding the long-term economic faults this pandemic is causing.

I am uncomfortable in trying to gauge the USD over the long term. While I think the USD will remain strong for now, what will happen down the road after bumps and accidents occur that have not been accounted for? The Federal Reserve and U.S. government has undertaken a dangerous road to insure corporate welfare. The problems of 2007-08 and the term “too big to fail” are self-evident again. We have seen financial packages trying to heal the wounds of small businesses and corporations. Will any of this work? The problems in the U.S. economically have not really come into full view yet. Private citizens, corporations large and small, and government structures cannot know the full extent of the financial pain that may develop, and the same concerns grip the global economy. In the immediate future there are fiscal concerns regarding mortgages, rent, car payments, credit card bills and cash for food as people fight to survive. Business debt has suddenly been burdened by a lack of revenue and an inability to cover immediate outgoings and this causes pain for banks, supply chains, and obviously workers who are sent home mostly unpaid.

How do U.S. institutions raise the money they allocate to those in need? They do it through taxes and issuing debt which they take in from the public, corporations, and global governments which believe their money is secure because the U.S. is a reliable debtor. Unfortunately, there are dwindling revenues currently. Where is money going to be generated and how are the bills going to be paid? The U.S. government is creating debt to pay for things in the short term and opening a window of long-term debt which may be economically unfeasible, creating serious fears for the long-term strength of the U.S. dollar.

The depths of this economic mess may only be beginning, and the final math is unknown. If governments lend money they really do not have, what happens if their revenues run dry via a decrease in collectable taxes and willing buyers of government debt? The entire ship could sink. What should terrify people is the possibility the U.S. and other world governments are lending money to entities and will never get paid back. Should the Federal Reserve be buying mortgage debt and municipal bonds with ratings that are sub-standard? What happens four to seven years from now as bad returns on lending add up negatively for governments?  Will they begin printing money?

The future of the USD and capitalism as a whole are under threat. Crude Oil’s price demise in April 2020 was a pivotal domino highlighting the fragility of our global economy. The U.S. is set to go into a rough economic cycle. The data has not been fully registered, and we do not understand how bad it is yet. However, the vast sea of unemployed and food lines in the U.S. is clear and devastating emotionally. Investors and speculators may choose the USD and it may remain steady through the midterm. Yet the attraction of the USD since 2008 has been due to it being the best contestant in a beauty pageant filled with unattractive choices. The EUR, JPY, GBP all have economic problems of their own and will for the foreseeable future.

There are few tranquil currencies in the forex markets as the coronavirus pandemic swirls, but the USD should remain strong short term and midterm with a range between maybe of 1.05 to 1.15 against the EUR. It is the long term that is scary. The time period mentioned above referring to short term and midterm is up until mid-October 2020 with a belief the U.S. Presidential election could be a catalyst for a weaker USD in a limited fashion as we get closer to November before the outcome of the vote.

Robert Petrucci
Robert Petrucci has worked in the Forex, commodity, and financial profession since 1993. Important aspects of his work involve risk analysis and advisory services. As an advisor in a Family Office he maintains a conservative approach for wealth management and investments. Robert also works in private finance with investors and companies delivering financial and management services.