When trading Forex, most people don’t think about how brokers make their money. However, this is a fundamental thing to understand before depositing, as you should understand where money flows throughout the system. Nobody cares about your account more than you do, so keep that in mind when figuring out who you should trust. In this article, I’ll take a look at how Forex brokers make money, and what their role is in facilitating liquidity.

Understanding how Forex brokers make their money can help you choose the right broker. Most brokers have a handful of charges that they use to profit from their clients. Getting familiar with these options will help you know where your money is going.

The main source of income are broker fees

Some Forex brokers will charge a commission per trade, while others will charge the spread between the bid/ask prices. The main way that Forex brokers make money is by keeping the spread or charging a set fee per round turn. Some brokers even charge both, but that’s becoming less common these days as the commoditization of the business demands lower pricing. Unfortunately, some less than scrupulous Forex brokers have previously mentioned that they have commission free trades, but what they typically do is charge more in the spread to make up the difference.

Sometimes the spread is fixed, sometimes it is variable. In a variable spread liquidity pool, the amount of the spread will depend on how many orders are out there. When there is a major announcement such as the Nonfarm Payroll Numbers coming out of the United States, the spread will typically widen. Because of this, in a volatile market you may end up paying more in spread than you anticipate. This is the major advantage for a fixed spread, because at least you’ll know what you’re going to be charged to facilitate buying and selling. 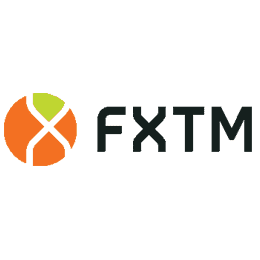 Some Forex brokers will charge extra for “bells and whistles” when it comes to customer service and education. For example, some will offer signals, some will offer in-depth analysis, and some will even offer private educational classes and webinars for those who are willing to pay more or have a larger account. That being said, if you understand trading and proper money management techniques, these things are very rarely needed.

Another way that some Forex brokers will make money is in financing the “loan”. Remember, when you buy or short a currency with margin, you are in fact taking out a loan. This can get a bit dicey and complicated, but suffice to say the FX broker with large amounts of orders can get paid interest in the true Interbank market, something that you will not be participating in. Despite what people tell you, as a retail trader you get nowhere near the true Interbank market, because orders need to be much larger to function in that arena. Typically the Forex broker will work with the liquidity provider that shops up these orders in smaller chunks, allowing people to trade back and forth. The true Interbank market is made up of the largest banks in the world, who cannot be bothered with a small trade that is worth $500 (for example).

Some of the prevailing myths that endure for many years is that brokers are out there “stop loss hunting”, meaning that they are moving the prices on their servers to wipe out a bunch of traders in one shot. This is because the marketplace was previously full of unscrupulous dealers that would do such things. As a general rule, if you stick with a regulated broker, you won’t run into this issue.

Another myth is that brokers are traders themselves. In all honesty, they very rarely are. They are simply filling orders for traders. In fact, you’d be surprised how little somebody running a Forex desk for a brokerage knows about actual trading. They worry about order flow, system analysis, statistical analysis, and that everybody gets what they asked for in an ordered manner.

It’s also thought that Forex brokers go out of their way to take money from the clients. Nothing could be further from the truth. This is because most client accounts are closer to $1000 in value than they are $10,000. Despite the advertisements that you see of people in the Caribbean on a beach, or perhaps getting off of their private jet, most retail Forex traders do not have that much money in their account. Statistically speaking, most Forex traders will lose a large percentage of their account within 90 days, so the Forex broker doesn’t need to cheat them. This is especially true when a Forex broker is well-capitalized. For example, brokers in the United States need to have a minimum of $20 million in the bank. The purpose of this capital requirement is to absorb losses for traders, and to have the ability to pay when that trader cashes out. This makes the counterparty risk very low. Unfortunately, there are Forex brokers out there that used to be capitalized with as little as $10000, making them an accident just waiting to happen. Once you understand how Forex brokers make money, you’ll also understand the need for using a regulated broker, and you’ll be in a stronger position to trade the markets safely and intelligently.