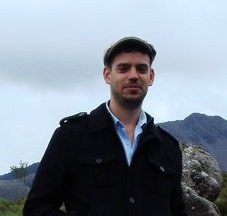 There is an old joke which has it that if you owe the bank £10 000 then you have a problem: however, if you owe the bank £10 000 000 then the bank has a problem. Whilst it would be unfair to suggest that Greece and her people don’t have a very real problem, the tagline of the joke is still pretty accurate. It seems that most players agree that Greece will not be able to repay the estimated €310 billion public debt that it has accumulated; this is the Greek debt crisis in a nutshell. The way forward to avoid a classic, disorderly default which may have unforeseen consequences in other EU countries and further afield, is to get creditors to agree to take a “haircut”.

A sovereign bond (any bond) is supposed to be a secure investment vehicle which guarantees the lender a certain yield (interest payment) for the lifetime of the bond and then, when the bond reaches maturity, the investor gets the full amount of his investment paid back to him. The yield is set as a function of the perceived risk of a default with riskier issues attracting higher yields. Of course, a situation may change over the lifetime of a bond which turns a safe bet into a very shaky deal indeed, but in general, this caveat applies to corporate bonds rather than sovereign ones.

In order for Greece to meet her obligations, she needs access to a further IMF/EU bailout facility of €130 billion without which a default on some €14 billion, due in March, will occur. As part of the larger agreement discussed in the economic news towards the end of last year, creditors are being asked to accept a 50% write-down on Greek bonds – the alternatives being a technical default where Greece imposes the loss on her creditors or a full default where none of the bonds are honoured (100% loss). The sticking point at the moment is the level of interest that will be paid on Greek bonds. Talks over the weekend with Greek authorities and representatives of private creditors ended without the hoped for accord being put in place. It seems that some hedge funds are unhappy with the deal and could be looking to force a default against which they are insured. One way or another, most analysts expect a deal to be reached and the next stage of the Greek bailout to be in place in time to ward off a financial Armageddon.

Dr. Mike was right. It was enough to stave off apocalypse, but only for about 3 years.